Outloud, Miliana Singh reads the names of the twenty-three confirmed deaths of transgender people in the U.S. through October 2018. She leads the Transgender Day of Remembrance at the OC LGBT Center on November 18th. All deaths were linked to transphobia. According to the latest FBI publication on crime, 118 of 1,130 hate crimes were anti-transgender incidents and 13 were anti-gender non-conforming.

Miliana is the Healthcare and Transgender Services Coordinator at the Orange County LGBT Center. Originally born in New York, Miliana moved to Polk County, Florida at the age of thirteen and she transitioned at seventeen.

As a strong example of what it means to be LGBTQ, she points to Florida’s own Pulse nightclub shooting in 2016, which was a gay club she regularly went to. The tragedy resulted in 49 deaths and left 53 injured.

Violence and discrimination against the transgender population has increased. She saw the cycle that trans women faced. Those who couldn’t find jobs would would fall into sex work to make money, some would sacrifice healthcare for black-market procedures, or others were incarcerated after being caught on the street.

Finding employment was difficult because not all places were willing to hire a trans person. Getting a gender or name change on their driver’s licenses or other official identification was necessary, but not all women were willing to pay for the process or were educated enough to know how it worked.

Miliana pursued a Bachelor’s degree at Florida State University. A few like Miliana pursued higher education, but that did not mean that navigating life was smooth. Finding a job where she was accepted was difficult.

For work she tried applying to McDonald’s. She had already transitioned and looked like a woman:

At the interview, the employer thought she was friendly, charismatic, and eager to work. So, she told Miliana that she could start orientation as soon as she filed her paperwork.

However, her driver’s license contained a different name and gender because she had not changed it yet. Upon submitting her paperwork, there was no call after or scheduled orientation.

She understood the reason for not being hired. Trans women often face discrimination in finding employment, but if minimum wage jobs won’t hire, how will they earn any income? For this reason and often without other options, many turn to sex work because it is more convenient.

GLAAD’s 2018 Accelerating Acceptance report found a significant increase in LGBTQ discrmination. About 55% of LGBTQ adults reported facing discrimination because of sexual orientation or gender identity, up eleven percentage points from the previous year. Of non-LGBTQ adults that reported being allies or ‘comfortable’ with LGBTQ people, the percentage dropped a few points to 49%.

Currently only twenty-one states and the District of Columbia prohibit discrimination based on sexual orientation or gender identity. Not all trans women can find employment or a living wage, so sex work became the answer for them.

While she never participated in sex work, Miliana knew of the struggles they all shared as minorities—transwomen of color.

“I wanted to get these things done but I didn’t quite know how to get them done.” She listed the obstacles she faced in being able to transition; apart from a lack of family support, her insurance would not cover procedures, Florida was not gender-affirming at the time, and she was working a minimum-wage job.

Other trans women would get in her head about how she was supposed to look, suggesting hip surgeries, breast implants, silicone injections, etc. The reasoning was that if you wanted to transition, you had to go all the way.

“Don’t say you want to be a woman when you don’t look like a woman,” they echoed. “You need to look exactly like a woman, even if it means risking your life to stand on the street.”

The pressure for surgeries was high. So much so, that trans women often turn to the black market for uncertified doctors. Surgeries are sought no matter the harm, even without FDA-approved anesthetics.

“Transitioning for me was a struggle. I didn’t come from power or privilege, and have money. I didn’t have the support of my family to do my transition,” she explains.

“Don’t say you want to be a woman when you don’t look like a woman,” they echoed. “You need to look exactly like a woman, even if it means risking your life to stand on the street.”

Miliana herself took hormones from these sources because she could not afford the lifestyle that white trans women had. She points to their privilege, their support, and their money. They could afford certified doctors, but she and the minority community she lived with could not. Instead, they shared what she calls ‘silicone doctors.’ These ‘doctors’ would announce their arrival in big cities like Orlando and often performed surgeries in the back of their vans.

She tells of her friend Quaisha, who underwent many of these procedures:

Quaisha was in the back of the van, getting a procedure done on her butt. One day the ‘doctors’ injected one cheek, and the next day they did the other. Quaisha, like other trans women, regularly saw these ‘silicone doctors’ because they were more affordable. Their methods were cheap, but dangerous.

The silicone doctors would get Home Depot cloth or industrial silicone, and mix it with baby oil to break it down so it was easier to inject. They had various methods of numbing the area; anything from lidocaine to cocaine to nothing at all. They would seal the area with super glue, cotton balls, and hosiery.

Quaisha did this seventeen times. She had her breasts, face, hips, butt, and thighs done.

Quashia began to suffer from health problems because of the dying tissue from these procedures. One procedure had caused her hips to turn black because of the silicone. Unfortunately, Quashia passed away a few months after — one of numerous losses Miliana has had to face in the trans community.

Trans women, Miliana says, had to find a community amongst themselves. Often they do not have support from their families so they turn to their friends for help.

The pain associated with uncertified procedures was normal and taking pills for the pain was just a sign that the silicone was working, and trans women worked through it. They could not go to certified doctors because of the black market procedures they had done, or some could not afford to regularly seek medical care.

Applying for healthcare can be a tedious process. Like the name and gender changes on identification, it can become inconvenient. In addition, not all states have health plans that cover sex reassignment surgery.

On Mondays, Miliana would find her friends at the clinic where they all got STD checks. It was usually the only time that most of these women would visit a clinic. The consequences of black market surgeries soon caught up to many of them.

Miliana tells the story of her friend Stacy, who was in the pageant world and often traveled as a makeup artist for events.

She had gotten silicone injections done on a Friday before an event she was working that weekend. Come the week after, she was not at work. Nobody had heard from her for a while. Eventually, the cops found her dead in her apartment and ruled her death a homicide. In actuality, the silicone had caused her death.

“It was a wake up call for a lot of people.” Miliana recalls. “It was like, here’s another trans-sister that’s gone…we’re having another tribute service. It made me reevaluate my life and what I was doing. I didn’t want to see more trans women falling to silicone injections or incarcerations.”

Having faced significant discrimination when seeking employment, sex work became the only option for many trans women. Miliana describes the street in Orlando that the women she was friends with would work.

It is known as The Beat. It is Orange Blossom Trail or OBT, a main street in Orlando, Florida where sex workers found financial means to support themselves.

It is ‘the stroll’ down this street where cisgendered women occupy the area near the local mall. Continuing down, one will pass by gritty apartments and Section 8 housing. At the end stands Parliament House, which is popular for its drag shows. This is the side of the street that is occupied by trans women. If you knew the stroll, you knew.

Miliana was friends with these women so she heard their stories. Not only did they face harm from transitional surgeries, but their jobs were dangerous as well.

A few friends had even been caught in undercover sting operations which resulted in incarceration. She says that it’s a risk that sex workers take, but when they are unemployed it’s their only option.

“I had to learn the ways of the world and how to navigate these spaces as a trans and black woman.” At seventeen, Miliana quickly adapted. It seems to be a never-ending cycle between not being able to afford to live because of unemployment and being unemployed because of being trans.

Here, in Orange County, it’s a little different than her experiences in Florida. Sex work is happening, but not as visibly as it would be on The Beat. Nevertheless, trans women still face the same issues with hate crime and the stigma surrounding trans people in society today.

“The real women out there are the ones going from being visibly male to transitioning and risking everything to be themselves,” says Miliana. 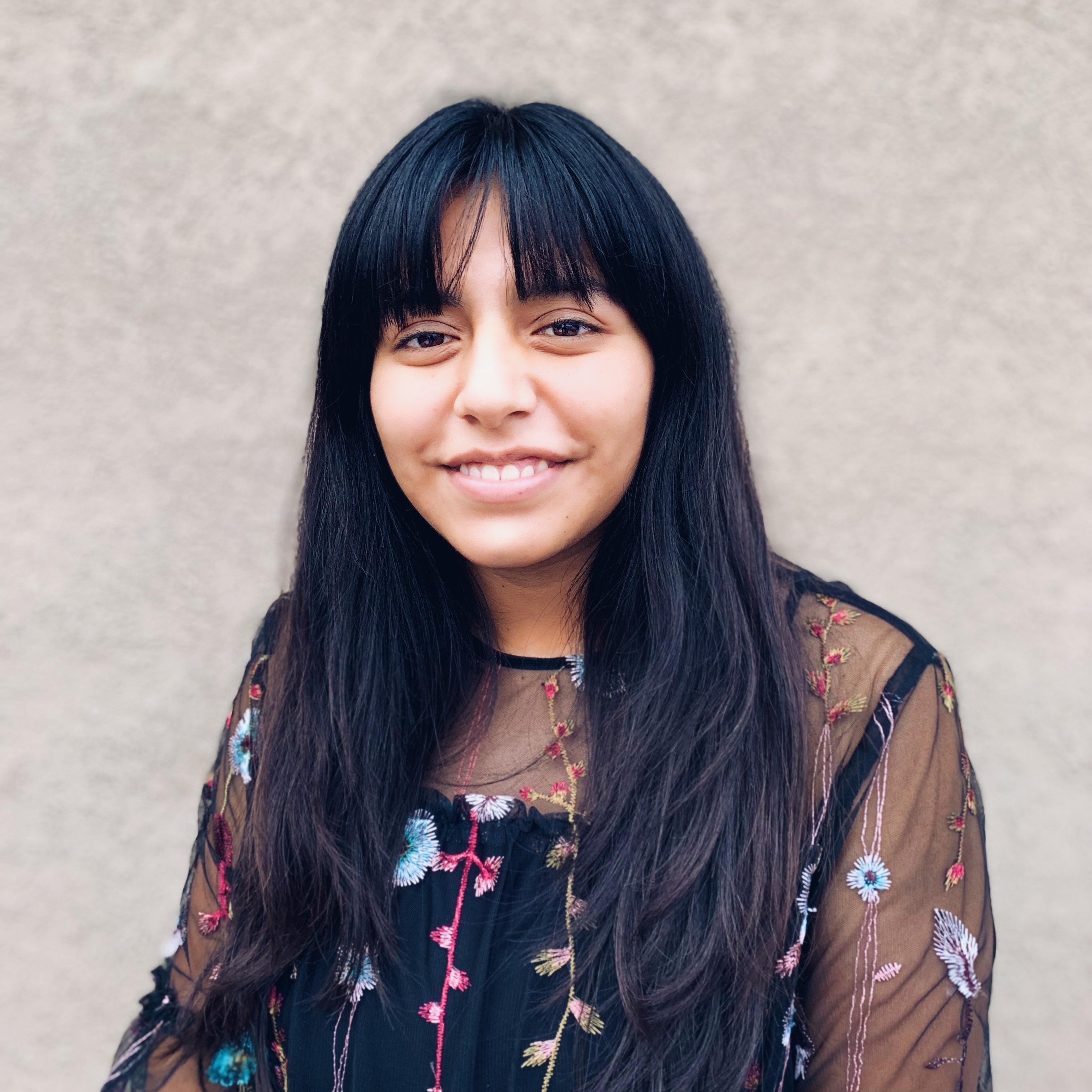 Jacqueline is a third year International Studies and Literary Journalism double major. Born in Santa Ana, she looks towards raising awareness about local issues in her community. When not writing, she can be found on instagram @jackierivs.