Undocumented workers do not have the required legal documentation to work in the country they are in. Without legal documentation, they can be deported because of the U.S. Immigration and Nationality Act (INA). Undocumented workers in the U.S. are faced with challenges on a daily basis: they are underpaid, experience language and cultural barriers in the workplace and some live in constant fear that the authorities will take action against them.

When it comes to job searching, undocumented people are limited in finding work. If they do find a job that will hire, they are more prone to experiencing discrimination than the average documented worker. “Some of the parents around my community have to find jobs where they are paid cash or work with pins from their taxes,” stated Dalia, a transfer student, DACA recipient, and worker who rotates between two jobs.

To define what it means to be undocumented is a complex question. According to the Pew Research Center, three years ago there were 28 million undocumented immigrants who either had or were looking for jobs.

Dalia said, “DACA was a great blessing to so many youths including myself as it opened doors for us to continue education and gain social security to be able to work. However, DACA was created by an executive decision and is, therefore, unstable. Recent government has tried to make changes or get rid of the program completely, thus making many of us anxious and uncertain about our future. In terms of aid or assistance we receive, it comes only from the state (CA). Up until now I have renewed twice and will be renewing soon for the third time.” Dalia continued, “DACA has given us the chance to work, in pretty much any job and or career that any a citizen could pursue. People no longer had to stick with ‘under the table jobs’ where more than likely they had been mistreated. Being able to get a job, to attend school without having to pay international fees and being able to travel within the states with more security are the most important things that DACA is able to support me with.” DACA, at one time, helped defend immigrants’ possibility of getting deported, and allowed for travel outside of the U.S., as well as returning to the U.S.

Undocumentation in the U.S. can mean living in a state of constant fear of being caught and deported. Even President Donald Trump relies on these stereotypes. His rhetoric toward undocumented people and how he advocates for the wall along the border is a vital example of one-sided propaganda. During the 2016 Campaign Kick-off speech, as justification to build a wall, Trump spoke on Mexicans and how they are not our friends. In the same speech, he added that they are bringing drugs and crime, that they are rapists. In the end President Trump contradicts himself, “And some, I assume, are good people,” he says. By contradicting himself, Trump uses what is perhaps a campaign mechanism to keep the conflicting viewpoint neutral. Although he contradicted himself, it was a way to neutralize the statements he made while running for president at the time, This in turn, allowed his audience to think about what he can do to convince people that he should build a wall.

A large number of undocumented workers are stereotyped as “very bad” and “job-stealing” people. These derogatory assumptions are due to the fact that they are illegal workers. Name-calling is a micro-injustice in addition to the macro-injustices these workers face in the workplace. Often, they are taken advantage of because they are undocumented. But if America is the better choice for them, being taken advantage of is their only option in this country. It is important to realize that there is more than just one side and more than one truth to undocumented people.

Though perception of undocumented workers is focused on “illegal” or “undocumented” as a negative adjective of their identity, there are organizations that do the speaking for them. The Orange County Labor Federation (OCLF) exists to protect working people including documented workers by establishing safer working conditions. The organization’s mission is to create justice for working people through unions and building coalition partners who support and advocate policies created to improve workers’  environments and overall lives.

“[I]t is through a union contract that a worker can obtain better and safer working conditions, benefits and salaries. We look at every opportunity to provide additional protections for workers,” said Gloria Alvarado, the Interim Executive Director of OCLF. OCLF has created relationships with unions and numerous coalitions to help build a trajectory for improving the quality of a worker’s life and to mobilize communities who are facing the same challenges. OCLF is comprised of 90 local unions that consist of over 200,000 workers who fight for affordable wages, safe work environments, and support communities who will fight for workers’ rights,establishing positive momentum for the community. The organization intends to become  a powerful force that builds a support system for the sake of undocumented workers. Gloria states, “Unions thrive in being ready with tools, materials, and support necessary to resolve workplace issues and uplifting the voice of workers… A union is a larger family, a solidarity net, a sisterhood/brotherhood that can safeguard your well-being as a worker.”

DACA provides a safe space, a sanctuary, for those who are undocumented. DACA, as another form of safeguard, is a way to help undocumented workers file for deferred action. Applicants need to file forms to the United States Citizenship and Immigration Services (USCIS) by showing proof, through documentation, that they have met the requirements. They must provide documented proof of the following: that they are residing in the U.S., that they have entered the U.S. before the age of 15 and have not left the country ever since, have no felonies, agree to not travel outside of the states, renew the referral every two years and fill out the application with updates, turn in documents from the age they came to the U.S. such as diplomas and certificates, pay a fee for the application that can be anywhere from $85-$495. DACA protects against deportation for those who are qualified for a two-year length. Once the two-year expiration mark is near, they may renew the deferred action, with the exception that it may not be approved. For example, if you are undocumented, seeking work and approved by DACA, you are given employment authorization that is effective for two years, but you must mention an economic need and provide all of the requested paperwork. Though programs such as DACA exist for people who are in need of services and temporary legality, it also has cons and risks rejection. Dalia is affected by this pressure as well, saying, “We have definitely felt safer through DACA however, in recent times the program has become a target by politicians bringing back those feelings of uncertainty.”

Dalia said that recipients of DACA are more often than not asked “to show extra proof of status.” She always needs “to show extra proof of residency or status when applying for schools, work, and other services” and recounts, “When I first signed up for college I had to pay [for] my classes as an international student. Eventually, I figured out that I needed to bring different documents to prove some type of status/residency.” Another deficiency of DACA is that it does not apply to all of those who are undocumented. Dalia recently met someone through a friend who wanted DACA to be explained. Even though this person “met all the requirements for the program, she showed frustration and became saddened to know that she could not apply.” Additionally, although President Trump aims to end DACA, a California judge claimed that DACA must be maintained. Later, judges on the East Coast had similar messaging in wanting to maintain the DACA program. “During the time that the current government tried to get rid of the program, they were able to stop new applicants from joining,” said Dalia.

Workers have safer working conditions and protection against discrimination due to organizations, such as The Orange County Labor Federation, that exist for legitimate reasons. They provide emotional support to help undocumented workers, regardless of their status.

To this day, undocumented immigrants must struggle against a system that actively limits their rights, a system that continually identifies them as ‘the other.’ Ultimately, these undocumented people must endure an experience that simultaneously marginalizes and brings them together, an experience that is exemplified in Dalia’s comment that, “We have called ourselves ‘The Dacamented.’” 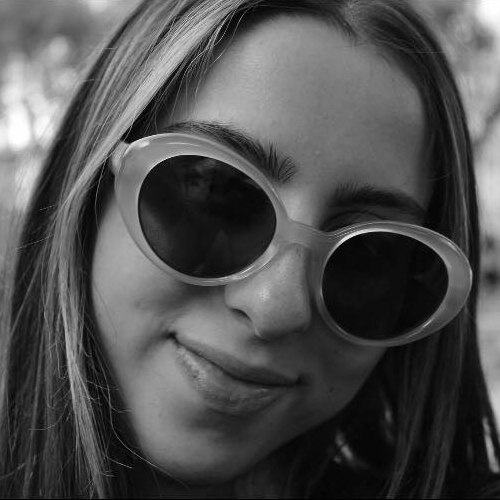