DID YOU KNOW? Bizarre Boston --- From Record Breaking Snowfalls to Sticky Molasses Floods

by Kara Combs
Recently Boston, Massachusetts has been getting record amounts of snow. In late January of this year, Boston received a whopping 24.6 inches, only three inches short of the current record of 27.6 inches. (These totals were accumulated over two days.) February has, however, acquired the record for snowiest month in Boston. According to the NWS’s Boston Twitter account, on the 15th of February, Boston received 45.5 inches of snow total. This  number has beat the old record of 43.5 inches set back in January 2005. With only two months into 2015, the snow has also set another record for third snowiest winter in Boston. Even with all these new records, people are still out in this weather. Many nurses and doctors have had to put on skis or snowshoes to get to work.
It’s not truly a major event unless some people decide to post it on social media. All this snow has encouraged many thrill-seeking daredevils to start up the Boston Blizzard Challenge on Instagram and Vine. The objective in this challenge is to jump into a snow bank from a window wearing only a bathing suit. Boston Mayor, Martin Walsh, has commented on this Blizzard Challenge by saying, “This isn’t Loom Mountain. This is the city of Boston, where we’re trying to remove snow off of the street, and it becomes very dangerous.”
This isn’t the first time Boston has had strange happenings. Back in January 15, 1919, Boston had a molasses flood. Yes, a molasses flood! Ever heard the saying, “As slow as molasses running up a hill?” Well, molasses didn't exactly flow so slowly. In this incident it was traveling at 35 mph! That’s as fast as my mom allows me to drive on the streets! A tank carrying around 2.3 million gallons of molasses collapsed at the Purity Distilling Company (PDC). Sadly the flood claimed 21 lives, the ages ranging from 10 to 76. There was another 150 people injured along with some horses. The first people to respond to this event were sailors from the USS Nantucket, and later on Boston Police, the Red Cross, and other Army officials came to the city’s aid. Enraged by the event, locals brought a suit against the owners of the PDC, United States Industrial Alcohol Company (USIAC). The court sided with the residents requiring that the USIAC pay $600,000 to victims and victim’s families (roughly $10.7 million today).

Posted by Jaylin Paschal at 9:21 PM No comments:

Email ThisBlogThis!Share to TwitterShare to FacebookShare to Pinterest
Labels: News and Did You Know?

288.This is number of confirmed cases of measles from January 1 to May 23 of 2014 according to the CDC. Ohio leads this category with over 180 confirmed cases in the same time frame.

Why? How is it that twelve years ago this disease was virtually eradicated is now making a comeback?

It all stems from a new “Anti-Vax” movement that has been gaining ground over the last few years.

This movement stems from a study performed by Dr. Andrew Wakefield (who has since had his medical license suspended and all claims of said study were reported to be fabricated ) and by comments from TV personality, Jenny McCarthy. The study by Wakefield suggested that there is a link between the measles vaccine and the appearance of autism. This study however was disproven by all in the medical community and the British General Medical Council barred him from ever practicing medicine in the UK. Even after he was found to have fabricated results to better his own agenda, "Anti-Vaxxer’s" still latch on to this study as a weak defense for their claim. The second person whose comments caused a stir was Jenny McCarthy, who claimed that the vaccine caused her son’s autism. This claim also has not been proven by any medical personnel.

With all that being said this growing trend is extremely dangerous and terrifying. Deciding against vaccinating your kid not only risks your child's life but any and every other child that he or she may come in contact with. Imagine your 6 year old son or daughter dying due to the gross negligence of a parent that refused to vaccinate their child and then sent him or her to your kid's school. This disease (which had a 30% fatality rate at one point) is growing in larger numbers, which is mind boggling, considering we had nearly eradicated it.

This is a conversation that we should not need to have in 2015.

There are some Anti-Vaxxers that use religion as a reason why they don’t vaccinate their children. I can respect this argument, but if that is the case your child should not be allowed in public schools. You can homeschool them or hire a tutor but keep them away from other children they may be able to infect. This isn’t discrimination or religious persecution but a matter of public safety to protect thousands of innocent lives from selfish, ignorant parents.

With over 600 cases in the United States alone in all of 2014 and 154 cases so far in 2015, the number of reported measles cases seems to sadly be going nowhere but up. With many young lives soon to be lost over something as easy as taking your child to the local clinic and waiting fifteen minutes, I ask again: Why? 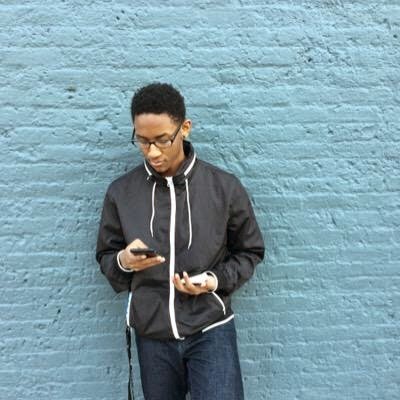 Jordan Thomas is a Marvel Comics enthusiast, a lover of music, and an ashamed Redditor.
Posted by Jaylin Paschal at 7:53 PM No comments:

ARE YOU INSIGHTFUL? CONTRIBUTE!


·         Submitted content should be original, please do not post to other sites or blogs HOWEVER you are encouraged to promote and share the link to your work


·         INSIGHT magazine will edit for grammar and spelling but not for content! There will be hardly any censorship, unless you are promoting hate or putting yourself or others at risk.


·         Include bio and picture with any links you want, if neither are submitted your photo will be the INSIGHT logo and your bio will be “Insight contributor”


·         INSIGHT magazine will edit for grammar and spelling but not for content! There will be hardly any censorship, unless you are promoting hate or putting yourself or others at risk.


·         Include bio and picture with any links you want, if neither are submitted your photo will be the INSIGHT logo and your bio will be “Insight contributor”
Submit all of this via email to [email protected]
The subject of the email should include the name you'd like published with the submission and the type of submission and the subject. Ex: JaylinPaschal_Article_Feminism.
Posted by Jaylin Paschal at 9:41 AM No comments: