by Anzie Dasabe
Mainstream feminism is the acknowledgement of patriarchy and female oppression while excluding race, sexuality, religion, disabilities (mental and physical), as well as gender identity. Intersectional feminism addresses all of the above. During 1989, in her essay “Demarginalizing the Intersection of Race and Sex: A Black Feminist Critique of Antidiscrimination Doctrine, Feminist Theory and Antiracist Politics,” Kimberle Crenshaw coins the term "intersectionalism." The term is exactly the way it sounds. As woman you are oppressed but as a woman of color, a queer woman, a woman of a faith besides Christianity, a woman of a lower socioeconomic status, a woman with bipolar disorder, or a trans woman, there is another level of complexity to your state of oppression. It’s almost as if being a woman is a curved street but being a woman of with one of the qualities listed above is like being at a 4 way stop. If a physically disabled, North African Muslim woman is discriminated against she will wonder “Was it because I am black; because I am a woman; because of my faith; because of my disability?” The list goes on. Intersectionality helps the oppressed pinpoint oppressors, uncovers their reasoning, and attempts to dismantle the systematic oppression.

Going back and looking through history, women of color around the globe have suffered at the hands of ever changing oppressors, but one face has always continued to stay the same: the faces of men and white women. Patriarchy is defined as a system of society or government in which men hold the power and women are largely excluded from it. White women fit in to the pyramid of patriarchy by holding the place of women. Though they still treated terribly, they are the only women acknowledged when discussing issues of sexism. Most recently, Patricia Arquette tried to articulate that women are the most oppressed group in the United States at the moment. It’s not an oppression Olympics, but the fact that she said “The truth is: Even though we sort of feel like we have equal rights in America, right under the surface, there are huge issues that are applied that really do affect women," Arquette reflected. "And it's time for all the women in America and all the men that love women, and all the gay people, and all the people of color that we've all fought for, to fight for us now," is fantastic example of her privilege. She has a platform to be able to speak about her lack  of equal pay compared to her male counterparts. Now I’m not saying that isn’t unfair but it’s quite unsettling that she would compare the on going struggle of  legalizing gay marriage as well as the on going struggles of people of color to her 78 cents to a man's $1. On top of that, there are queer women of color ALREADY fighting for their equality as women.

This is called a "white savior" or a rich man's hand out ideal. Your fight doesn’t matter until someone rich or white or both decides that it is important. Arquette completely disregards challenges of people of the LGBTQA community as well as disrespecting people of color, specifically women of color. As a white woman she makes more than women of color. According to the Think Progress Gender Wage Chasm Chart compared to white women, Latina women make .54 cents, Native American women make .59, Black women make .64, and the list goes on. To completely ignore the struggles of these woman is rude and gives mainstream feminists a bad name. This is a prime example of why women who aren’t accepted in society classify themselves as intersectional feminists. In intersectionalism, these women have a voice and feel like even though mainstream feminists and patriarchal males disregard them, they matter.

Intersectionality isn’t as precious to everyone as it is to the women it supports. Women like Julie Burchil are extremely against intersectional feminism. Apparently it “further divides” women, as well as providing a bully-like relationship between non-privileged women and those who are not. In the eyes of people like Burchil, intersectionality is just a ploy for people to be rude. Many times she refers to the whole thing being like the movie Mean Girls, which is extremely contradictory to feminism in general because Mean Girls is a movie about girls in high school being petty and rude to one another for a high position in their high school caste as well as the attention of a young man. This is extremely left from what feminism is, whether it be intersectional or not, it’s what it’s actually about.

What it is about is getting equal rights for women as well as promoting love between women. What is described in the following [...]is the complete opposite. The author also often says that intersectional feminists confuse her because when she “attempts” to apply the ideals to her form of feminism they tell her it's not for her and she needs to leave them alone. Obviously, Julie is offending the nonconformists. As an intersectional feminist, I welcome privileged women, as well as men, trying to deprogram their subconscious use of privilege in their everyday. As do the community of intectionalists. Much like herself the author must have interacted with a group of people or a person who classifies themselves as an intersectional feminist, but doesn’t apply the ideal correctly. The non-privileged feminist community welcomes allies with open arms and are very willing to educate those who are open minded and ask respectfully, but if you don’t bring either of those things to the table no one will help you. If women like Julie apply childish connections to real life issues after being told about their privilege and go on temper tantrums, they obviously didn’t care to learn in the beginning. Comparing an important component of feminist theory to sounding like “[…]some unfortunate bowel complaint resulting in copious use of a colostomy bag[...]”, then you obviously have no respect for your fellow women who are just trying to dismantle the patriarchy in today’s society in a different way than you are.


On the other side of that, women like Laverne Cox (actress) are a prime example of why we need intersectional feminism. Laverne is a transgender woman. Laverne is not a man she is a woman, do not disrespect her or the trans community by misgendering. As a famous transgender woman Laverne is  always in the eye of the public. Many mainstream feminists do not consider her as a woman which is extremely offensive. On top of being trans, Laverne is also a black woman which means twice the oppression. Though it isn’t addressed in the news ,every 28 seconds someone is killed for being black and 1 out of every 12 transgenders commits suicide or is murdered yearly. Laverne Cox makes it her mission to spread the awareness of trans death, many times she has talked about almost taking her life so now she wants to make sure that younger trans kids don’t go down that path. Most recently a beautiful soul named Leelah Alcorn took her life because she couldn’t take lying to herself and the scrutiny she faced from her parents for trying to be herself. Even after the news of her tragic death came out her mother, much like Julie Burchil, continued to discredit her daughter. The mother refused to use the correct pronouns and continues to disrespect her daughter by referring to her as “her son”. If Leelah had supportive parents who allowed her to be apart of the intersectional community she would’ve found role models like Janet Mock and Laverne Cox who could’ve helped her find herself, but because her mother was scared and didn’t understand her child she ended up dead. Mainstream doesn’t accept transwomen, society doesn’t accept trans women, patriarchy doesn’t accept trans women. So where do they go? Where do they find shelter? They find shelter, love, belonging, and sisterhood in intersectionality. This is why intersectional feminism is valid and needed.

Intersectionality is a safe haven for distressed women, those who tear it down are sick and harbor some form of prejudice in them. Intersectionality brings together women from all over the world by saying “Oppression is terrible, but it’s something we all face. I can find a friend in you. Now, how do we fix it?” Intersectionality allows women across the continent being suppressed by strict laws, [like in] Saudi Arabia, [to] be able to connect with women of color in America; to have a voice without someone of a high rank or lighter skin tone co-signing it. Much like the women in America, the women in Saudi Arabia are criticized harshly because of their clothing because of their faith. Islam can be a particularly strict religion at times (aren't they all?), but their government blows it out of proportion. Women must be covered head to toe in thick clothing, they cannot drive themselves anywhere, and in order to finally be able to leave the house they must be accompanied by a male. America doesn’t have actual laws set up, but these are misogynistic practices that most families in America do stand by. Though we are not the same we can relate and empathize with the Saudi women. Intersectionality creates that bridge that  mainstream feminism avoids all together.


Mainstream feminists could chose to simply cross over the intersectionality bridge but instead they decide to ignore [it] and swim across the wide river. Though it was easy, it’s going to take a while for mainstream feminists to dry off, and everyone knows it can get very cold when you’re drying off. 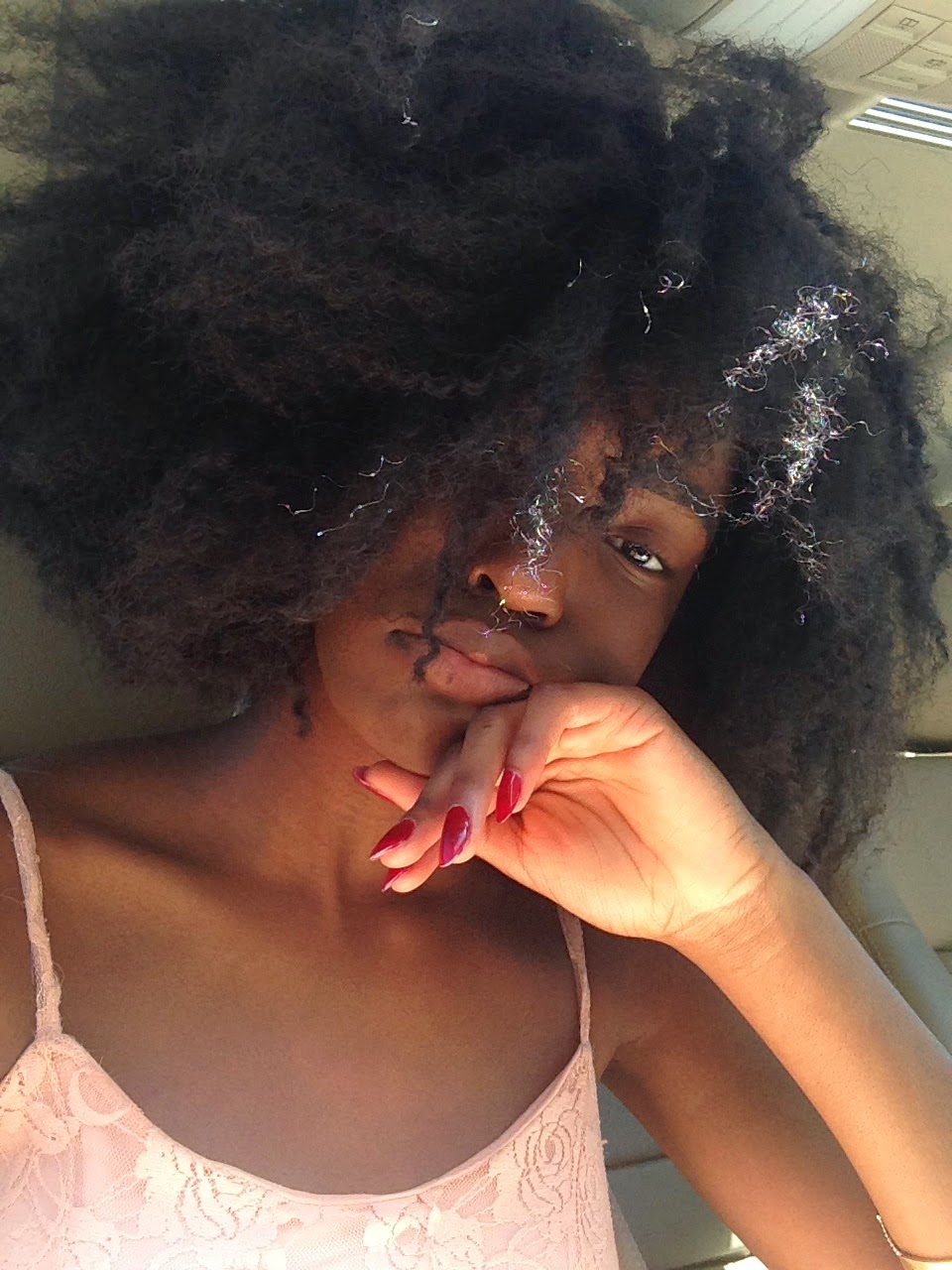 Posted by Jaylin Paschal at 5:42 PM