On the Religious Freedom Restoration Act: The March Towards the Termination of Discrimination ---- Sounds Good, Especially Because It's Good for Business

by Alexandria Montgomery
Recently in Indiana, the Religious Freedom Restoration Act was passed. This act essentially allows businesses the freedom to “exercise their religious consciences” (Paul Waldman, Washington Post). While the exact parameters in which “religious consciences” may be “exercised” is very questionable, I am not here to play on the semantics and logistics of the situation. I am, however, here to criticize the ethics and intellectual reasoning of a movement this new legislature has inspired.
Liz Gannes, writer at Re/Code, shared this ethics piece sharing her concerns with the local activism against the Indiana law, which contradicts with the issues plaguing her locality. What caught my eye, though, was this paragraph:
"A who's who of leaders from companies such Yelp, Square, Twitter, Lyft, Airbnb, eBay, PayPal and others signed their names to a petition today urging legislatures to forbid discrimination or denial of services to anyone, saying, 'Discrimination is bad for business." Petition leader Max Levchin, a PayPal co-founder and currently CEO of finance startup Affirm, told Re/code: 'I am asking all CEOs to evaluate their relationships and investments in states that do not specifically protect LGBT people from discrimination."
Upon the first few lines, it sounds great. Major business figures petitioning for LGBT rights? Great. Love it. But, it gets sour. If you missed it, here it is:
“A who’s who of leaders from companies [...] signed their names to a petition urging legislatures to forbid discrimination [...] to anyone, saying, “Discrimination is bad for business."
Wait, what? Victims of sexual orientation-centered discrimination in Indiana and abroad are seething at the passage of this law, as it may allow for the unbridled discrimination on the basis of religion, and your main concern is how it will affect business? Not the civil rights implications, not eerily subtle similarities to race, gender, and sex discrimination in businesses, but the effect this law will have on business?
The problem with this statement is not the statement itself - as it is perfectly logical and smart thinking for a business man - but the hidden implications of the statement. In a society where social and structural issues such as rape, colorism, and islamophobia are normalized by prominent figures, it is not surprising homophobia is also a victim of normalization. It is, however, very disturbing. Business shouldn’t be the motivating factor for the dissolution of all oppressive acts - humanitarianism should be. What Levchin’s statement is telling me and plenty others is that as long as it makes a profit, it is good. So, naturally, one would ask what happens when queer people do not make a profit. And in the answer lies the essence of my qualms with Levchin and his intellectual reasoning for the petition.
SOURCES
http://www.washingtonpost.com/blogs/plum-line/wp/2015/03/30/answering-five-questions-about-indianas-new-discrimination-law/ (Paul Waldman)
http://recode.net/2015/04/01/the-discrimination-double-standard/ (Liz Gannes)
https://recode.net/2015/04/01/max-levchin-leads-tech-industry-push-for-anti-discrimination-laws/ (Arik Hesseldahl) 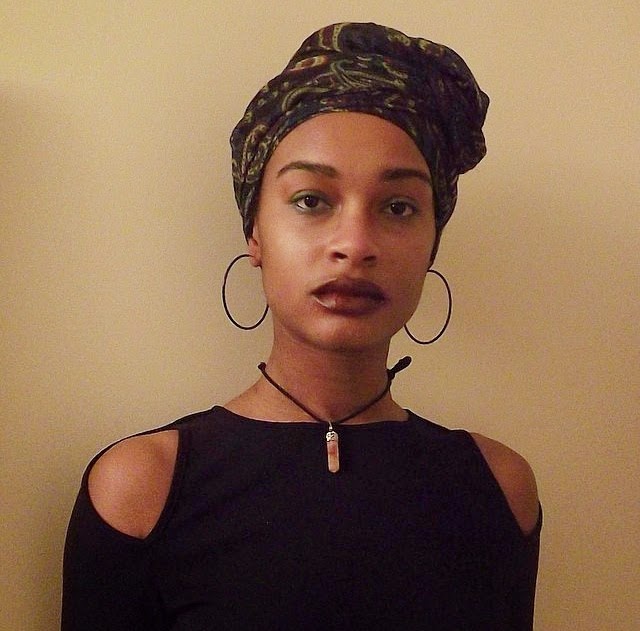 Alexandria Montgomery is a crazed poet with an acumen for not only social consciousness, but spiritual consciousness as well. Alexandria, or the Sohamist, has a reputation for being a 'radical' and nearly getting her journalism teacher fired. Writer for high school paper (found at www.northmontsurge.com) and regular blogger at www.sohamist.wordpress.com
Posted by Jaylin Paschal at 5:01 PM

Email ThisBlogThis!Share to TwitterShare to FacebookShare to Pinterest
Labels: Politics